On 31 October it's that time again: Halloween is celebrated! Make spooky, delicious brain snacks for Halloween with the IBIS Bio Finn Brød. Surprise your family and guests with this spooky eye-catcher for the Halloween party. The recipe is very simple and doesn't take much effort. We show you exactly how to make it in our video. Take a look right now!

Origin and meaning of Halloween

Many people think that the Halloween tradition originated in America and then spilled over into Europe. However, this is not true. Irish emigrants brought the custom to the USA and Canada in the 19th century, but because of its appeal it was soon adopted by the children of other immigrants and developed into an important folk festival.

Halloween is the celebration of the eve of All Saints' Day on the night of 31 October to 1 November, celebrated mainly in Ireland and North America. In any case, the word "Halloween" comes from the word "All Hallows' Eve".

But what does Halloween actually have to do with pumpkins? A Jack O'Lantern is a lantern made from a hollowed-out pumpkin into which a grimace is cut. The Jack O'Lantern custom also goes back to a Halloween tradition of Irish immigrants. The jack-o'-lantern is considered a symbolic figure for Halloween.

The legend of Jack O' Lantern says that the Irish blacksmith Jack Oldfield, who also went by the names Stingy Jack or Drunk Jack, escaped the devil several times by trickery. But when he went to heaven after his death, the door there was closed to him.

He was sent to the gates of hell. But even there he was refused entry, because the devil had given his promise never to take Jack's soul. The devil sent him back from whence he came - and because it was so dark, cold and windy and the way so long, the devil took pity on him and gave Jack a glowing coal straight from hellfire. Jack put the coal in a hollowed-out turnip that he had taken with him as food for the journey. Since then, his damned soul has walked through the darkness with the lantern on the eve of All Saints' Day. From this legend it was deduced that on Halloween a burning piece of coal in a turnip or pumpkin can keep the devil and all other spirits away.

During the Second World War, the custom came back to Europe from America and today children carve scary faces into pumpkins for Halloween. 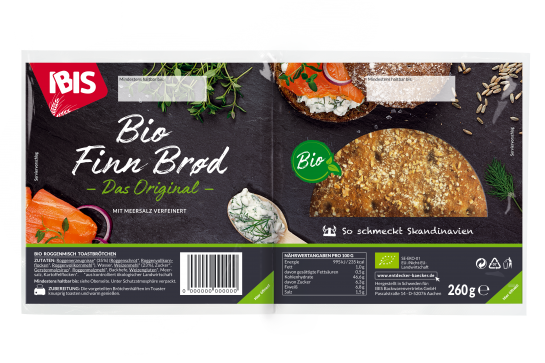 A donation to the Tafel Eschweiler and Düren
„Die Tafel“ are seeing more people in need of help than ever before, but unfortunately also far fewer donations. This leads to bottlenecks.

8 May is Mother's Day

Especially for children, the annual Mother's Day is an important day: Everyone wants to please their mother with flowers, treats or something they made themselves. We have a recipe here for a homemade small cake....

Now it's getting really hot

Fire up the barbecue again: Here are a few red-hot recipes that will make your next barbecue a complete success - there's something for everyone! Furthermore, we inform you about the new barbecue trends for 2022...