Submitted by IBIS Backwaren from Aachen

1. Bake the IBIS Super Korn bread roll according to the instructions on the packet. Remove and allow to cool.

2. heat the oil in a frying pan, fry the onion and peppers for 5 minutes, then add the garlic and tomatoes. Season the mixture with salt and pepper, stir in cumin, paprika powder, cinnamon and chilli powder to taste. Stir in the tomato puree so that the sauce thickens and let everything simmer for another 10 minutes.

3. cut a thin lid off the IBIS Super Korn rolls. Carefully hollow out the lower parts of the buns with a teaspoon so that only a thin edge remains.

4. season the shakshuka and fill into the rolls. Form a hollow in each roll and let 1 egg slide in. Bake the rolls in the oven at 180 °C for about 20 minutes until the egg white has set but the yolk is still liquid. If the rolls are too dark, cover them with aluminium foil.

5. to serve, place the rolls on plates, sprinkle the filling with coriander leaves and put on the cut-off lids. 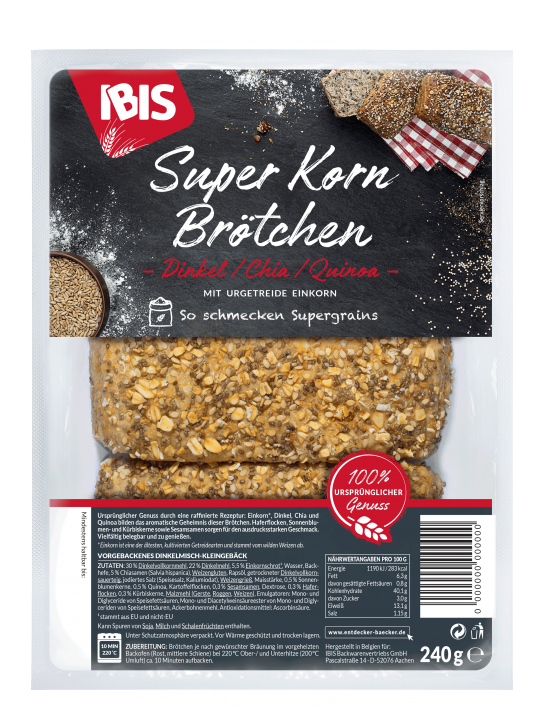